THE READER – NOT SO MUCH ABOUT BOOKS

The end of the War in Europe brought joy to millions, but it also ushered in a period of severe boredom. Like the day after Christmas, there was little to do but clean up and go back to work.

By 1958, the citizens of Berlin live in dull apartments, work depressing jobs and subsist on a diet of potatoes and what looks a lot like potato bread. Fruit, chocolate and any form of excitement are no longer stocked in German stores.

“The Reader” unfolds in flashback through the eyes of Michael (Ralph Fiennes), a middle-aged lawyer who never left the city he grew up in.

As a younger man Michael (played by David Kross) a clumsy, attractive teenager meets Hanna (Kate Winslet), a secretive, beautiful middle-aged woman. Their paths collide on a winter’s day with repercussions that will last their entire lives. 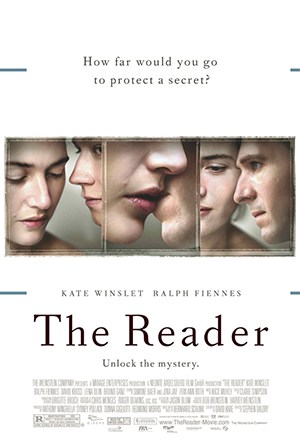 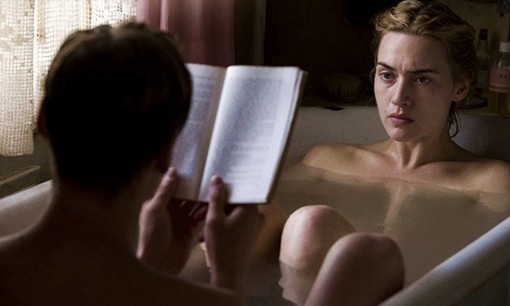 After rooting for the fish, Winslet withdraws into cold, emotionless silence as Kross reaches the final battle in Hemingway’s
“The Old Man And The Sea”

Crowe and DiCaprio think and operate very differently, a combination that causes endless mayhem, but we know from the “Lethal Weapon” series that these differences will make them a terrific team.

DiCaprio is a actor capable of great emotional depth, but the fact remains that he looks like a high school senior. Even the addition of a goatee, sunglasses and the ability to speak fluent Arabic adds only two to three years. He looks angry and holds a gun well, but he’s simply not believable as the C.I.A. Middle Eastern section chief.

Relationships with Kate Winslet never end well. Lovers are left with unquenchable doubt and sorrow or forced to experience an icy death somewhere in the North Atlantic. Landlocked in Berlin, Fiennes has to open door number one. A choice that comes in the shape of a failed marriage, a distant relationship with his daughter and years of staring with unspoken longing at books, diaries and other items that can be used to transition to the past.

The first half of the film concentrates on Michael and Hanna’s unexpected, yet totally predictable love affair. I enjoyed this part of the film immensely as Kate Winslet disrobes and engages in loud, passionate sex over half a dozen times. The second half focuses on their adult lives and the heart-breaking discovery that Hanna has been guarding a secret regarding her participation in the Holocaust. When the words “participation” and “Holocaust” are brought together it’s rarely a combination that leads to lifelong happiness.

Winslet interprets the role of a person carrying a dark secret with the subtle, behavioral characteristics you would expect from someone trying to hide a chandelier behind their back as they leave a house-warming party.

Once the secret’s out, what follows are prolonged courtroom scenes, confusing discussions on ethics and responsibility and the horror of watching two beautiful people grow old and gray and never have sex again.

It’s a bad choice by director Stephen Daldry. Once we hit that half-way point, there’s not so much as a sucked toe or lustful glance for the final grueling hour. 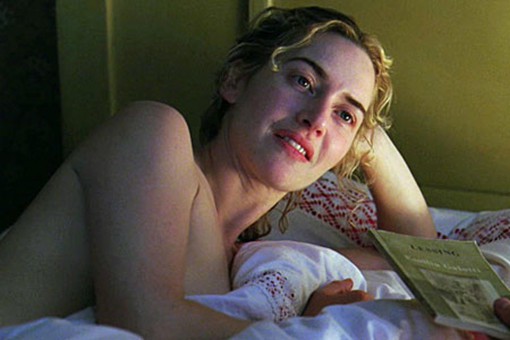 The first compelling reason to become an adult literacy volunteer

I was lucky enough to watch the movie on a DVD screener provided by The Weinstein Company and this format provided a unique opportunity to correct the film’s major flaw. Instead of sitting through the entire two hours at the mercy of an ever-darkening storyline, it was possible to hit the rewind button and simply watch the first half over again.

This was a fine idea, but my enjoyment was constantly dampened by the appearance of Ralph Fiennes. Fiennes rose to fame for his icy portrayal of SS Officer, Amon Goeth in “Schindler’s List” and later for an even more chilling performance as the evil Lord Voldemort in the “Harry Potter” films. The man lights up the screen like a neon sign for the word “Holocaust” and I can’t help finding that a buzz kill. 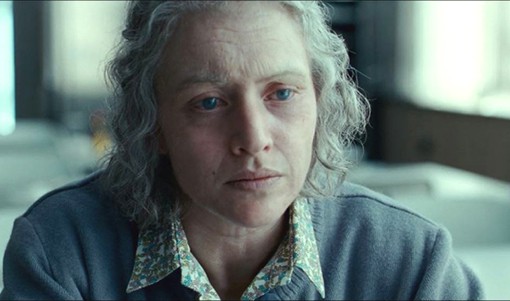 As the story unfolds, both Michael and Hanna talk a great deal about books. I suspect this is where the film’s odd title comes from, although I had a hard time understanding what literature had to do with the film I was enjoying. I’d say it’s safe for most viewers to tune out when these scenes occur, secure that Winslet’s grunts and groans will draw you back to the screen in plenty of time to enjoy the film’s best scenes.

“The Reader”, flaws and all, has plenty to recommend it, but I’d hold out for the inevitable DVD release and when you finally settle down to watch it keep that remote within arm’s reach.