The Silver Surfer has killed at least a dozen reporters during an impromptu press conference at Cedars-Sinai Medical Center in Los Angeles, where the superhero had been admitted after suffering “nervous fatigue.”

Witnesses claim the Silver Surfer was upset over media coverage of an incident that happened earlier today.

It began this morning when the Surfer was charged with solicitation, indecent exposure and possession of narcotics, after Malibu County Sheriffs discovered him drunk, stoned and asleep in the arms of a prostitute on Zuma Beach.

“With the surf crowd you don’t expect any better,” said Sheriff Harry Broca. “I’ve just never seen a silver alien in that type of situation.”

“We’ve arrested the prostitute maybe forty or fifty times,” added Sheriff John Clay. “My advise to the Surfer was to get to a clinic, before he even thought of visiting a lawyer.”

“The cops kept yelling at the Surfer to put his pants on,” claimed a local beach walker. “Any kid could tell you the Surfer don’t own no pants.” 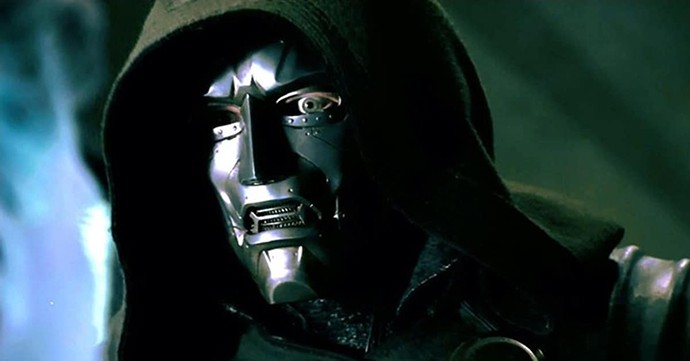 “He had everything going for him,” said Dr. Doom. “This is a real tragedy.”

Around mid-morning, the Silver Surfer posted bail and took a private limousine to Cedars-Sinai Medical Center where he checked into non-urgent care.

According to an inside source, who asked to remain nameless, the superhero arrived drunk, cornered one of the doctors and demanded an S.T.D. test.

“The Surfer was having a panic attack,” said the source. “No-one felt like asking him to leave, so we stuck him in a private room. What the hell else could we do?”

Members of the Fantastic Four arrived separately throughout the day and were clearly concerned over their friend’s condition.

“I’m worried,” said The Human Torch. “I’ve never seen him look so pale. I’m not a doctor, but it can’t be good when a guy’s actually transparent.”

“It ain’t easy being different,” said The Thing. “The Surfer’s got a real vulnerable side. And people can be cruel. I know I look like a dried up turd. You think I need to be reminded of that every five minutes.”

“Where are his buddies now?,” asked Mr. Fantastic.

No stranger to scandal. This infamous snap taken in an airport restroom sting operation landed the Human Torch in hot water back in 2006.
“What does it look like I’m doing, Charlie,” snapped the Human Torch on “The Charlie Rose Show” (2007)
“You know I saved people that same day. Where the hell’s that picture?”

Most of the Silver Surfer’s friends from the L.A. beaches disappeared almost as soon as he was arrested, but a few were willing to talk.

“A lot of the old-timers don’t like him,” said lifeguard, Matt Parks. “They say it ain’t a real ride when you control the waves on a subatomic level. But the kids think he’s cool. Most of them are stoned 24/7 anyway and they’re attracted to anything shiny.”

“He has a good body, man,” recalled Malibu resident, Lindy “Lady Jane” Watkins. “Chicks really dig him. A lot of these girls come out here dreaming they’ll win an Academy Award. The Surfer loved asking how they’d feel about taking home a
man-sized Oscar until the real thing showed up. I don’t know anyone who refused.”

By this afternoon the humiliation of his arrest, the lewd nature of the charges and the constant media attention had become too much for the Silver Surfer to bear. The superhero asked to speak to the press gathered outside Cedars-Sinai.

Witnesses said the Silver Surfer emerged from the hospital clutching his famous surfboard and fell face-forward onto the pavement. He was either drugged or severely inebriated.

Staggering toward the press, the Surfer shouted over and over again, “I want them to stop talking about me on CNN.  I don’t want to be on every half hour.”

Survivors agree that, around this time, an unidentified reporter yelled a question asking “if the superhero’s female companion had given him a sexually transmitted disease?”

The Silver Surfer responded by vaporizing part of the press pool.

“We’ve heard you’re lady friend gave you clamidia. Would you care to comment?.”
Mark Spiro with the Associated Press caught the superhero’s reaction to this fateful question.
Seconds later, the Silver Surfer atomized at least a dozen reporters.

At least nine reporters were instantly turned to gas and three others were partially liquefied. As the crowd broke and people ran for cover the Silver Surfer jumped on his board and fled the scene.

“I don’t know if he was drunk or just panicked,” said L. A. Times reporter, Cassie West. “But on his way out he flipped upside down and took out part of the children’s ward on the third floor. Thank God no-one was hurt.”

The F.B.I. have already contacted foreign law enforcement agencies and begun a global search for the fugitive. They are confident he will be apprehended.

“Where’s he gonna hide?,” asked F.B.I. Special Agent In Charge Evan Conway. “I can’t think of a single community of freaks he could blend in with. Except maybe street performers.”