Astronomers at the Urundi Peak Observatory in Western Australia have discovered that the Earth is orbiting an enormous, yellow star.

“We go around about once a year“ said Doug Whippie, Director of Science Operations at the Peak. “It might play a part in explaining why summer and winter are so radically different, but it’ll be a while before we can say for sure.” 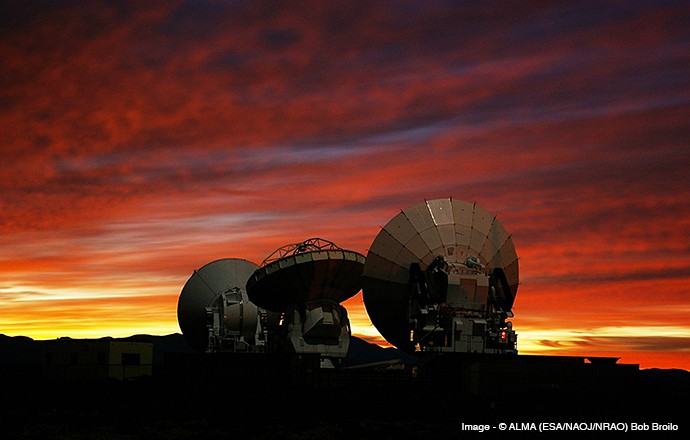 Within hours of the discovery observatories in Puerto Rica and California had independently confirmed the existence of the new star. Astrophysicists at both locations were elated.

“We’ve suspected the existence of a neighboring G-Type star for many years,” said Raymond Chang, Senior Research Specialist at the Arecibo Observatory in Puerto Rica. “The secondary evidence is very strong. Think about the large amount of light we experience every day or the way the planet’s surface heats up for no apparent reason.”

“Why is one part of the sky always obscured by a brilliant, orange glare?” added Doctor Jill Turner, Chang’s colleague at Arecibo. “That’s bugged me since I was a small child.”

Early reports describing the find as “monumentally colossal” and “mind-blowingly gigantic,” met with skepticism from the scientific community, but data now indicates the new star may account for up to 99.8% of all matter within our planetary system.

“That’s big,” said Paul Wilson, Professor of Cosmology at Cornell University’s Department of Astronomy and Space Sciences. “I’ve been researching and studying big things for over forty years and I would have to place this in the ‘very, very big’ category.”

Astronomers at the Peak nicknamed the new star “Sol” after Doug Whippie’s Australian sheepdog “Solomon.” “If we had a female up here we would’ve named it after her,” joked Whippie. “ But we’re in the middle of nowhere, so I guess a dog’ll have to do.”

The International Astronomical Union, the recognized authority for naming celestial bodies, designated the G2 star as the “Sun.” The word originates from the Anglo-Saxon “Sunn” which loosely translates as “large and difficult to look at.”

Snapshot from the Hubble Space Telescope of our new neighbor, the “Sun.”
Scientists have coined the term “sunlight” to describe the rays emanating from the star that appear to illuminate everyday objects.

At Urundi Peak, Whippie and Senior Research Associate, Pat Bell told reporters that the observatory staff were both excited and completely exhausted. “

Everyone here’s working around the clock,” explained Whippie. “We’re up to our necks in data. No complaints there. I guess that’s how every scientist wants to be buried,” he added, laughing.

“The sheer amount of light and heat this thing is putting out is staggering,” revealed Bell. “It’s basically a colossal fusion bomb parked right on our doorstep.”

This statement provoked a wide variety of reactions from political, scientific and religious communities across the world.

“This kind of fancy-pants talk is scaring a lot of good Americans,” stated Republican Senator, James Haff. “We need to get a grip on the facts, then get man up there before the Chinese do.”

At the National Aeronautics and Space Agency (N.A.S.A.), Communications Director, Jan Van Hook expressed frustration over Bell’s choice of words. “I’m getting over five hundred calls an hour here. People think they’re going to get incinerated the moment they walk out their front doors. The next time Doctor Bell describes the “Sun,” I’d be grateful if he’d include his own phone number.”

In Rome, thousands of worshippers crowded into Saint Peter’s Basilica. “’I am the light of the world’ said our Savior Jesus Christ,” Pope Benedict XVI told those who had come looking for guidance. “To want two lights is not only blasphemous, it is excessively needy.”

Cape Maru Observatory in South Africa captured this astonishing image of our moon passing in front of the newly discovered star.
Astronomers say the reason the “Sun” eluded discovery for so long is due to a unique, unexplained anomaly;
it is the only star that does not appear in the night sky.

“It’s looking more and more likely that the ‘Sun’ was always there, but you’ve got to give ordinary people time to adjust,” reflected Ryan Gale, Editor of ‘Science Today.’ “In time, I think we’re going to find this discovery impacting fields far, far removed from the discipline of astronomy.”

The scientists at Urundi Peak have already found there’s more than a grain of truth in Gale’s prediction.

“We’ve had all kinds of calls since this thing started,” said Doug Whippie. “I expected other observatories, government agencies and a few reporters to take an interest. I didn’t think we’d be hearing from farmers, travel agents and wedding planners.”

“We haven’t got a clue when you should plant corn or if a June wedding’s a bad idea,” added Pat Bell. “We’d like to help these people, but the answers to those kinds of questions are years away.”

“We’re both single, never take vacation’s and every plant we’ve ever had here has died,” joked Doug Whippie. “So you might want to call someone else.”

Whippie and Bell are expected to publish a detailed report of their findings in a forthcoming edition of the academic journal, “Science.”