On a nine hour flight to Ireland I was provided with a plastic cup of iced water, a small packet of peanuts and an opportunity to watch “Quantum Of Solace” on a five inch LCD screen. Comfort is the primary reason to fly Delta.

It’d taken the entire morning to reach seat 42E. I was tired and having a hard time accepting the fact that “leg room” no longer meant “room for legs.” My headphones were in a carry on that I’d mashed under the seat in front of me. I thought about the dialogue in “Casino Royale” and decided it wasn’t worth the effort to retrieve them.

Even without sound, I never experienced a single moment of confusion. If anything, I’d say the film suffers from an excess of scenes with people talking.

“Quantum Of Solace” finds Bond (Daniel Craig) on a brutal quest for revenge that will take him to some of Europe and South America’s most beautiful and expensive vacation spots. A true sign that the film was made prior to the economic collapse is the fact that no-one was willing accept death in a darkened alleyway in South London. It’ll be interesting to see how long Bond can keep up with the kind of opulent murders his victims are used to, in light of all the recent cutbacks. 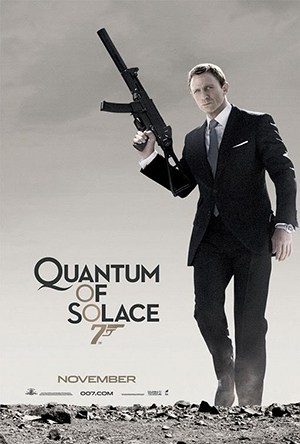 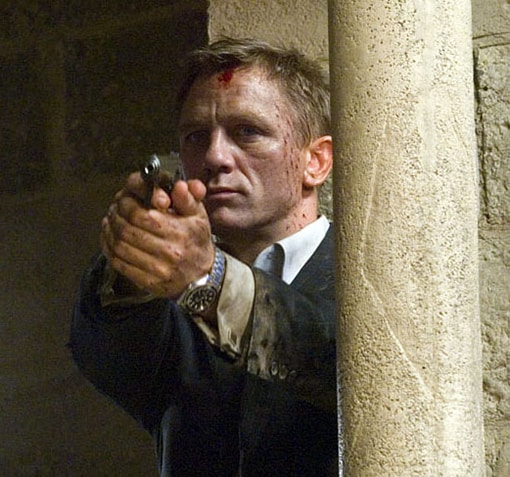 Bond is driven by rage over the death of the woman he loved. Vesper Lynd (Eva Green) drowned at the end of “Casino Royale” and there was nothing he could do to save her. Now he’s permanently stuck in the “anger stage” of grief.

Of all the women in the Bond series to use as an excuse for a rampage, Eva Green is a pretty poor choice. Under the best lighting she was anemic looking and her accent was terribly affected. Personally, I blame her parents. Anyone who names their daughter Vesper is asking for their child to grow up and die at the hand of a Bond villain.

Throughout the movie it’s difficult to tell if Bond is eliminating targets under official sanction from MI6 or if he’s accumulated enough personal days to take off and kill people on his own.

Most of the time MI6 seem to be “looking the other way.” Eventually, someone at HQ glances at a bar chart and notices Bond has gone way over his monthly “people put to death” allowance. M (the ever-acidic Judy Dench) calls a meeting and informs 007 that his license to kill is revoked.

Bond goes on the run. He handles the licensing issue the way most drunk drivers do. Within about ten minutes there’s a fresh trail of dead bodies for MI6 to follow.

As Bond moves ever closer to killing the right person, he uncovers what I can only describe as “a very big plot to do something bad.” Lacking sound, I was a bit hazy on the details, but I’m certain the whole thing was being run by Dominic Greene (Mathieu Amalric).

He’s French, immaculately dressed and has an uncanny ability to be patronizing without even opening his mouth. Then again, to the best of my knowledge, all French people are this way.

It’s easy to spot Bond villains. They’re always building. Whatever they’re constructing we know it’s going to be immense and will pose a threat to all life on the planet. Although it’s easily visible from space, has caused a huge shortage in the world markets for steel, glass and swivel chairs and taken every single contractor out of New York, no intelligence agency has any idea of its location.

This is where Bond comes in. He’s good at spotting things. And by God, if Greene isn’t building some kind of gigantic IKEA inspired facility in the middle of the Bolivian desert. 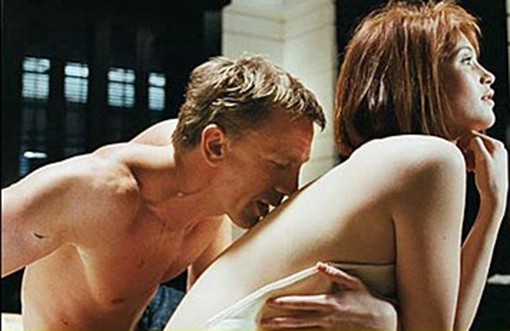 Each time Greene crosses paths with Bond they chase and try to kill one another. I could tell that by the end of the movie Greene was going to die in some horrible way that would teach him a lesson for being so French.

“Quantum Of Solace” is a tragedy, but not because of any loss endured by Bond. 007’s grief pales in comparison to the suffering I experienced during the film’s action sequences.

Director Marc Forster was chosen based on his previous work “Finding Neverland” and “The Kite Runner.” On the surface, this made about as much sense as hiring a flower arranger to do large-scale demolitions work, but the producers were betting Forster would be able to add emotional depth to the characters. 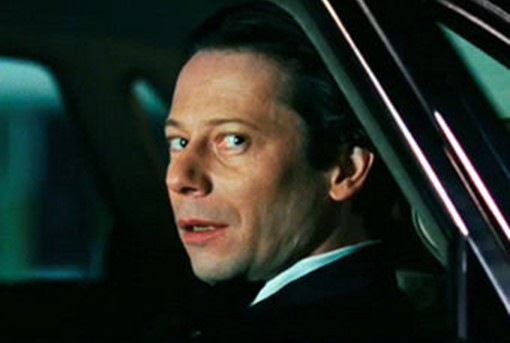 Bond’s nemesis, Dominic Green glances left in a manner so derisive, he could only be French

Unfortunately, they had no idea that he possessed an almost superhuman ability to excise the action from action sequences. The results are frightening.

It’s hard to believe a movie could include a high-speed car chase, an aerial dogfight, lethal hand-to-hand combat and the destruction of a huge facility constructed primarily out of explosive materials, yet fail to elicit even a fleeting moment of joy.

Watching these sequences triggered a familiar feeling; that delicious promise of release and the dreadful, emptiness that follows a failed attempt to yawn.

If you’re willing to forgo the notion that an action film should deliver thrills and excitement, you’ll find that “Quantum of Solace” provides at least one interesting departure from the Bond formula. On his travels, Bond runs into fellow agent, Camille Montes (Olga Kurylenko), who distinguishes herself from a long line of Bond girls by showing absolutely no sexual interest in him. To boot, she never needs his help and has a delightful tendency to kick the shit out of almost everyone she meets. As a final bonus, Camille is not played by a breastless member of the Russian Gymnastics team. It’s at this point that the good news stops, because the writers have made her about as real and compelling as Barbara Walters.