Pre-production shut down today on Michael Bay’s “Transformers 3,” after engineers at Peterbilt confirmed that one of the film’s primary actors has second stage cancer.

Optimus Prime, leader of the Autobots from Cyberton was undergoing a routine medical screening at Peterbilt’s main plant in Denton, Texas when a lump was found between his rear axle and main chassis. Tests revealed the growth was malignant and Prime was formally diagnosed with what Peterbilt is now calling “Axilio-Sarcoma”.

Prime looking fit and healthy on the set of “Transformers – Revenge Of The Fallen.”
A source who has seen Prime recently said the Autobot has lost 80 to 90 tons.

After finding the tumor, Peterbilt reached into their toolbox and tore Prime apart. They were shocked at what they found.

“Every safety standard you can name had been violated,” said Chief Engineer, Mike Powell.

Numerous steel parts were found to be made almost entirely of lead, the cab seats and interior spaces were lined with asbestos and every single piece of glass from the headlights to the cover on the dash instruments contained lethal quantities of mercury. But that wasn’t all they found.

“One of our guys doing an inspection under the container spotted a logo and a series of Chinese characters that looked like they’d been stamped into the base of the truck,” said Powell. “At that point, I told Optimus we needed to look at his original specs.”

When Prime first arrived in the United States, he illegally accessed computers at Peterbilt’s design lab and used blueprints to take on the form of a 379 Class 8 truck.

Charges were filed, but later dropped when the company realized the marketing potential in having one of their trucks transform into a towering killer robot.

It now appears that as Prime was stealing data from Peterbilt’s computers, a cross-referenced search led him to source information on manufacturing component parts from a database in mainland China.

The information used by Prime came from a Chinese toy manufacturer that specialized in large-scale vehicle replicas. The company, “Die-Cast Toy” was closed last year by the Chinese government after a foreign journalist made a connection between the lead content in their “Fun-Fun” truck line and the deaths of thousands of Chinese children. 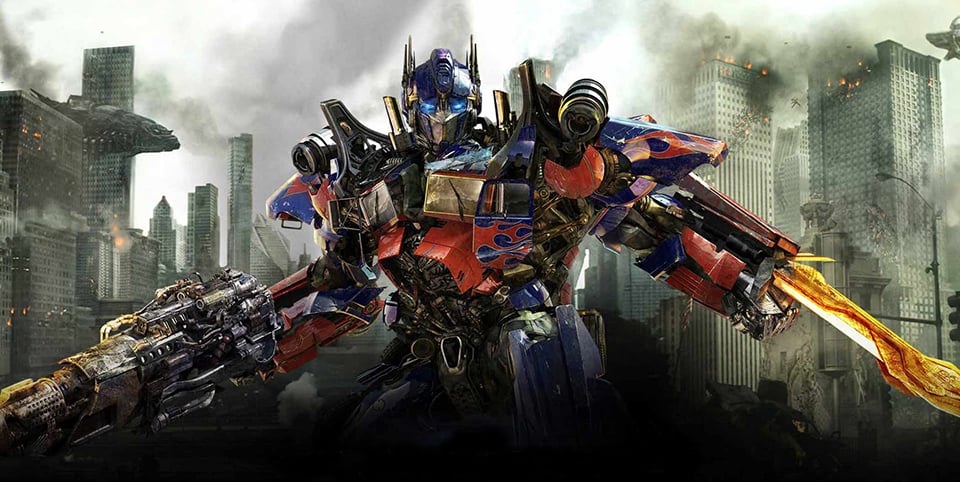 “Optimus loves this country,” said Autobot, Ironhide. “It really bothered him that we had to blast the shit out of so much of it.
He was always talking about applying for citizenship. I hope he gets that chance.”

Prime has yet to make a statement on his illness. His agents at Endeavor said that he was “in good spirits” and asked that he be allowed some privacy.

Bumblebee, longtime friend and fellow Autobot, expressed anger over the news, “I told him he’d get sick. He’s always trying to save everybody. You know how stressful that is when you’re his size? Half the time you can’t even see these goddamn people. But you’re a hero, so you do what you can. And then you get fucking cancer.”

Michael Bay is optimistic. “The first thing I thought about was Lance Armstrong. And I felt this huge surge of relief. Optimus defeated the Decepticons. Not just once. Twice. Armstrong rides a bicycle.” It wouldn’t be the first time Bay bet on his friend. When he first met Prime, the Autobot had only been on earth six months, could barely speak English and had no acting experience. “He had something,” recalls Bay. “I remember thinking, ‘Now he’s a truck. Now he isn’t.'”

The Decepticons remain characteristically silent. It’s no secret they’ve had their own share of vehicle design issues. Many now regret the decision to transform into U.S. military vehicles. Lack of armor plating and instrumentation glitches have led to many losses since they arrived on earth.

For now, the mood at Bay Films is solemn as the rest of the Autobots undergo cancer screenings and await test results. Optimus Prime is scheduled to begin a first round of radiotherapy at the Comanche Peak Nuclear Power Plant next week.

If anyone knows how Prime is coping, it’s actor Shia LeBeouf who regularly golfs and drinks with the giant robot.

“He’s shook up. But he’ll beat this thing. He’s always been able to adapt to difficult situations,” said LaBeouf. “Probably has something to do with being a Transformer.”