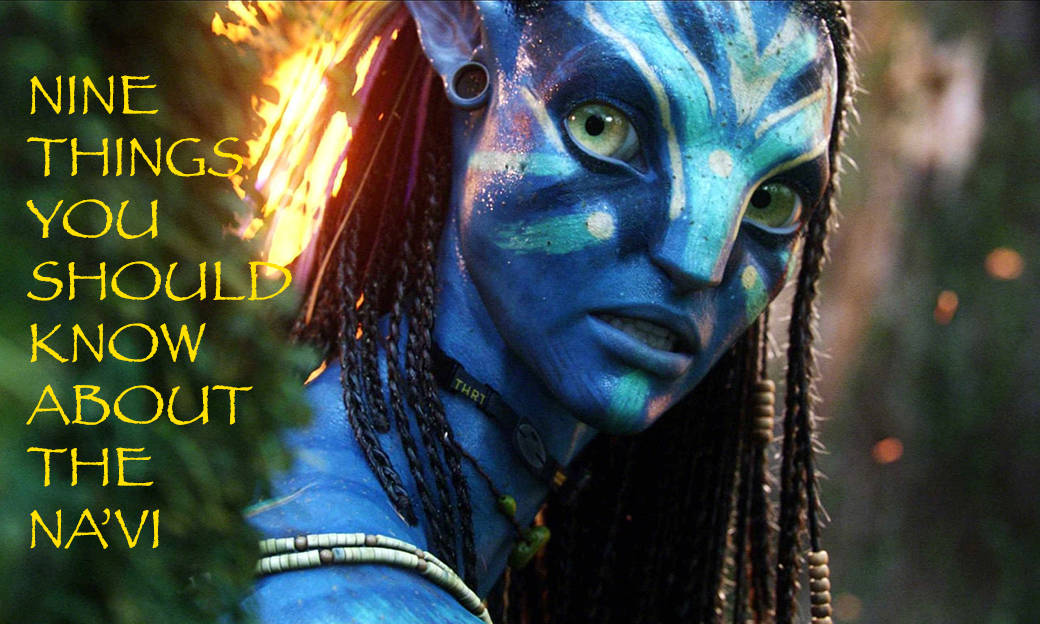 Although Unobtanium is the most valuable mineral resource in the universe, it is not the rarest. That distinction is held by Difficultogetnium.

Difficultogetnium falls into a class of minerals known as “Sohardtofindniums.” These are characterized by the fact that Giovanni Ribisi finds them desirable. There are small quantities of Difficultogetnium on Earth, but they are in places you would never think to look. The largest known concentrations are found on Pandora.

Difficultogetnium has a strange, unexplained bond with the Na’vi that causes it to accumulate underneath areas where they gather. Consequently, the highest yields come from mining well established Na’vi settlements. An interesting fact, mining companies don’t publicize, is that yields increase 2 to 3% if they wait to begin blasting until's everyone's home.

Anthropologists classify the Na'vi as a hunter-gatherer
society. If they are invited as dinner guests, it is best
to allow them to wander freely through your home.

Do not become alarmed if they brandish spears,
attempt to conceal themselves behind furniture or
eat directly from your aquarium.

They will generally return to the dinner table as soon
as the main course is served.

The Na'vi believe this creature is a spiritual ancestor
and will react as if they had been handed a plate with
their dead grandmother's head on it. 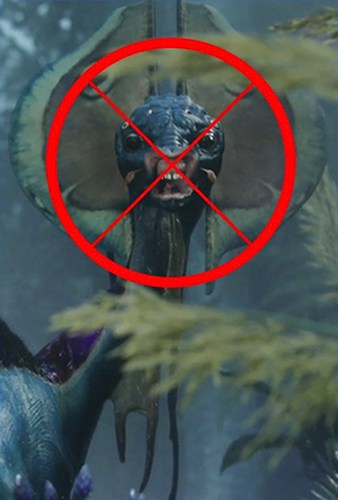 On a visit to the set of “Avatar,” George Lucas was
attacked and wounded by a crazed Na’vi warrior.
Bodyguards tackled the alien to the ground, but not
before he had embedded a spear in the director’s
shoulder.

The would be assassin was Ma’kawa, a loner with a
history of mental problems who lived with his mother
and was known for continually falling out of trees.

At the time of the attack, he was carrying copies of
the original and the special edition of “Star Wars.”
He claimed to “know Greedo’s family” and blamed
Lucas for “framing their son.”

Lucas recovered fully from his injuries, though he
complains that his tennis game has suffered.
As there were no psychiatrists with even a passing
interest in Na’vi mental health and no zoos were willing to take him, Ma’kawa was put down. 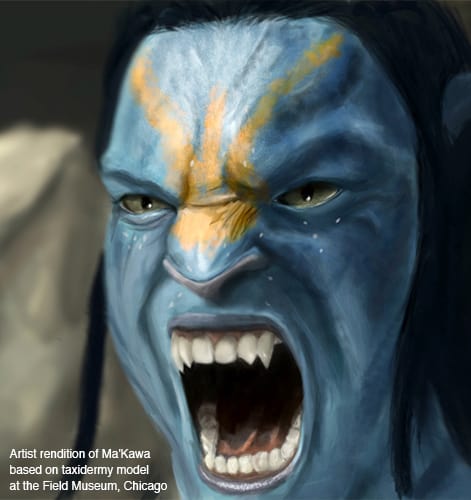 During a routine interrogation, a C.I.A. advisor noticed his Na’vi prisoner kept glancing at a photo of Sarah Jessica Parker that taped to a nearby locker. The Na'vi admitted he found Parker “attractive for a human” and “desirable for mating.”

The incident sparked the imagination of agents in the Special Activities Division and soon thousands of images were being tested on Na’vi prisoners.

S.A.D. soon discovered the Na'vi were terrified of images of Bette Middler. One prisoner died after jumping from a tenth-floor window in an attempt to escape a publicity still of Middler from the film “Beaches.”

As a result of the Agency’s work, Scorpion choppers routinely saturate areas of Na’vi activity with images of Middler and the Air Assault Division fly into battle blasting the soundtrack from “The Rose.” 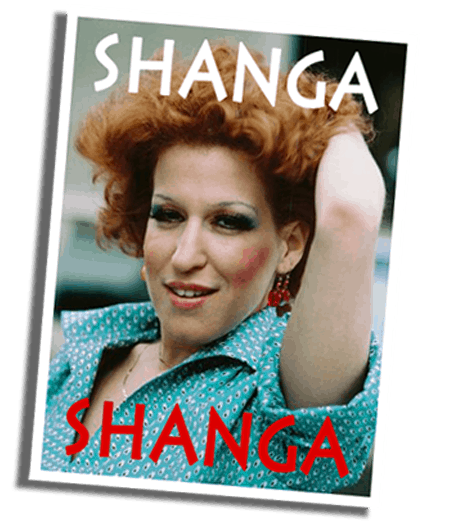 The first Na’vi to tour the mining base on Pandora
were fascinated by the large display screen in the
mess hall.

The Na’vi were unable to grasp the concept of
moving pictures and believed the screen was some
kind of “magic gateway” between worlds.

Due to the incredible distance between Pandora
and Earth, the base was, at that time, receiving
television signals that were first broadcast in 1986.

As workers watched the pilot episode of “ALF,” two
of the Na’vi visitors threw themselves through the
screen in a desperate, misguided attempt to rescue
the furry alien.

Both warriors died as medics worked to remove
them from the display. 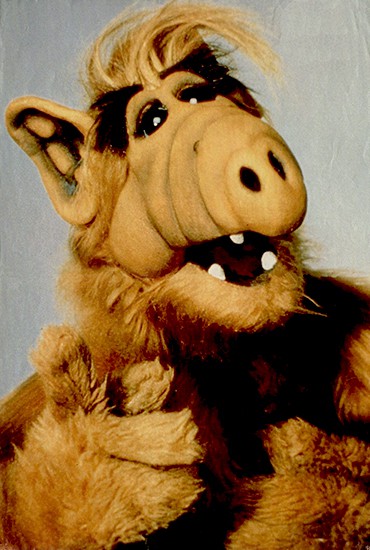 All plant and animal life on Pandora has bioluminescent qualities. Although this gift makes the Na’vi very beautiful, it’s proven an immense handicap during nighttime combat operations. Tacticians say that under cover of darkness the Na’vi possess all the stealth of a man with a flare tied to his head.

Among Marine snipers, the Na'vi are known as “Glow Sticks” and considered so easy to pick-off that many riflemen will yell “I’m counting to ten” just to make things interesting.

Several Marines from the 2nd Battalion at Camp Selene were disciplined for forcing bound Na’vi prisoners to lie end to end in an “X” formation and then guiding in Scorpion choppers to land on them.

In many countries, Na’vi body parts are served at private banquets or used for medicinal purposes. This first came to public attention in 2160, when U.S. Customs Agents seized luggage on an incoming shuttle that contained Na’vi bones, organs and hundreds of desiccated ears and tails.

Trade in these items is illegal, but a black market exists that is estimated to be worth close to a billion dollars annually. Some of the most popular medicinal remedies are:

The Na’vi Liberation Front (N.L.F.) was the first off-world resistance group to be classified as a“foreign terrorist organization” by the U.S. State Department.

Seizure of N.L.F. assets resulted in a cache of 228 seashells, 98 colored beads, 4 feathers, a small quantity of bark and a “tooth” necklace.

Deprived of these trinkets, morale within the N.L.F. began to crumble and the group’s terrorist activities decreased significantly.

Less than a year after the seizure, all of the terrorists were either dead, in prison or contestants on “Get That Na’vi!”

In her bestselling book, "Grace Among The Na'vi,"
Dr. Grace Augustine describes the Na'vi's first
encounter with life-forms from another world.

Three of these creatures were eaten by carnivorous plants before they'd even had a chance to unpack.
Watching from the surrounding foliage, the Na'vi
recall this as a particularly funny moment. The remaining alien took to the trees and disappeared into the rainforest.

By nightfall, the creature was discovered hiding in the sacred 'Tree Of Souls' , a act of sacrilege that enraged the Na'vi.

The visitor was coaxed down with the promise of food and then beaten to death. 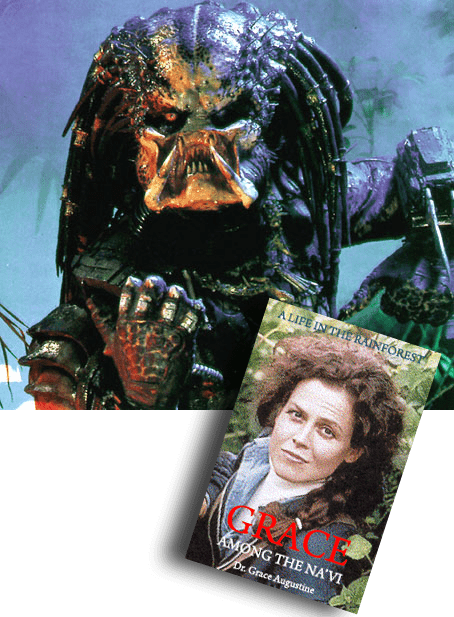