In the cold, gray hours before dawn on the morning of April 10th, 2010 Ventura County SWAT raided a ramshackle, private home in Moorpark, California. When they emerged minutes later they had a suspect, a victim and the first fragments of a story that would capture the attention of the entire world. 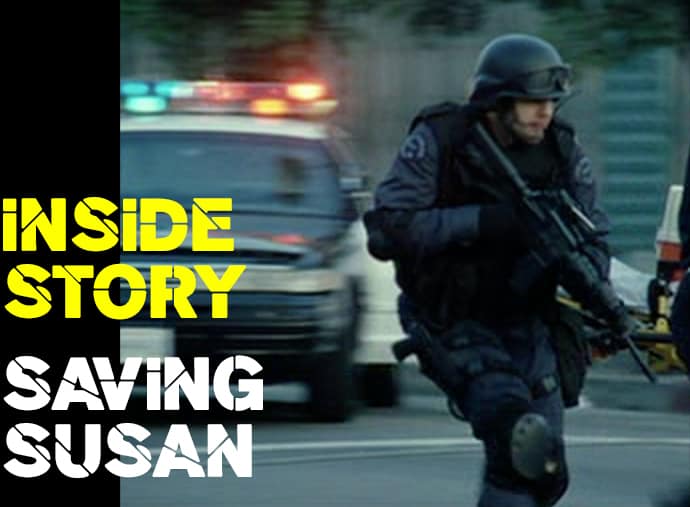 SWAT officers race to complete the rescue and exit the area before
their presence causes local house prices to plummet.

In May 1983 she’d graduated with a degree in criminal justice from the University of Southern California and was hired almost immediately by the California Department of Corrections.

The slight, blue-eyed blonde with a soft voice seemed an odd choice for a Parole Officer, but the D.O.C. was vigorously pursuing a program aimed at proving “women would whine, fall down or get killed if they were allowed to work in the field.”

Holtz was questioned by Ventura County Sheriff’s detectives, but never considered a serious suspect as he’d only done this sort of thing once before. 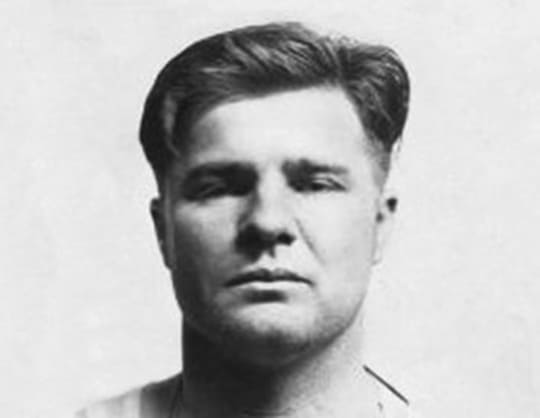 As media interest grew, law enforcement agencies came under heavy criticism for their handling of the case.

The California Department of Corrections and Rehabilitation, where Philips worked, had taken ten days to report her disappearance.

“She failed to follow department protocol and file a report detailing her abduction,“ explained Deputy Director, Warren Triskin. “Without the correct paperwork we had no reason to suspect she was missing.”

Triskin was fired. His replacement, Thomas Lang pledged to “vigorously protect his female employees by moving them back behind typewriters and coffee makers where they would be out of danger.”

In the weeks and months that followed, detectives turned up hundreds of quirky and irrelevant leads, but not a single trace of Susan.

“I keep waiting for Susie’s body to be found on waste ground,” her father, Paul told the press in September 1983. “They always find the remains on waste ground. I never understood that. How can it be waste ground if someone’s found a use for it?”

In November, Detective Sgt. Mike Larson, who was in charge of the investigation, appeared on “The Tonight Show” in a sketch where Susan Philips was shown disappearing in a variety of awkward social situations.

Although the segment received record ratings it was widely condemned as tasteless and Larson was suspended. 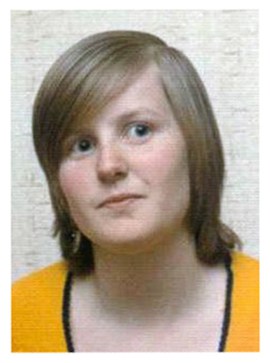 As 1983 came to a close, investigators, the press and the public began to lose interest in the case.

“The Sheriff’s Department told us the newspapers had stopped asking questions. That meant that Susan was either dead or no longer popular and that pretty much amounted to the same thing,” recalled Susan’s mother, Anne.

The Detective who called said we shouldn’t give up hope just because they had,” added Susan’s father. “I never thought I’d see our Susie again. At least not in one identifiable piece.”

All that changed on Wednesday, April 7th of this year when an emaciated, middle-aged woman dragging a two hundred foot chain entered a Country Welfare Office in Moorpark looking for food stamps.

“She made a little moan each time she lurched toward my window,” said Welfare Officer, Myra Bryce. “That chain shackled to her leg ran the length of the office and right out the door.”

Disturbed by the rhythmic clanking noise, Supervisor, Addis Bellflower followed the chain out into the street.

“It was tied to the front bumper of a light-green Plymouth GTX,” said Bellflower. “I couldn’t see the driver, but he seemed impatient or nervous because he kept gunning the engine.”

Bellflower noted the license plate number and after the shackled woman left the office she called the Ventura County Sheriff’s Department.

Sheriffs traced the car to John Robert Holtz, a parolee with an address in Moorpark who had been out of prison since 1982. On paper, Holtz appeared genuinely reformed. In the past twenty-eight years he’d never been arrested, detained, questioned or received so much as a parking ticket. Two parole visits during that period had turned up nothing of interest. The second report would have been written by Susan Philips, but as it was never filed the Department of Corrections assumed it was wholly positive.

Two detectives from the Ventura County Sheriff’s Department decided to pay Holtz a visit. Neither expected to find anything, but both men were car fanatics and eager to take a look at the ’68 Plymouth 440 GTX.

A clever system of chains and pulleys ensured Susan was able to vacuum the upstairs rooms while remaining shackled.

John Robert Holtz lived in a detached two-storey home with a sprawling backyard in Willow Springs; a small suburb located about three miles north of Moorpark.

He inherited the property from his maternal grandmother, Emma Gormley who’d died mishandling a kitchen blender a few days after Holtz was granted parole in September 1982.

Holtz let the house fall into disrepair and the backyard grow wild. Over the years the area behind the house became littered with discarded children’s clothes, rusting toys and piles of sun-bleached bones.

Undoubtedly the yards strangest feature was the immense, yellow circus tent that rose out the grass and weeds and towered over the house.

During the nineties, the construction of a twelve-meter perimeter fence shielded Holtz’s backyard from view, but neighbors continued to speculate about the house and it’s inhabitants.

“At night I’d hear screaming and pleading,” said local, David Monroe. “It would go on for hours and hours. I couldn’t just lie there and do nothing, so I tried Ambien. I was skeptical, but it worked.”

“I saw them at the store one time,” recalled neighbor, Elizabeth Sacks. “The woman had on some kind of harness. Holtz had tight hold of the reins. To me, they looked like any other married couple. You know. Kind of miserable.”

Veteran Detective Ron Askell sensed something was wrong the moment he’d entered Holtz’s house, but he couldn’t place it.

“We talked to Holtz in the front room,” said Askell’s partner, Detective Dave Perez. “A woman sat next to him on the couch. She was thin. Pale looking. Holtz introduced her as ‘his girlfriend and no-one we were looking for.’ I was about to ask a question when Ron punched my arm and said we had to leave.”

Detective Askell had been staring at the woman ever since they’d arrived. He couldn’t shake the feeling that he knew her.

Suddenly, he made the connection.

“As part of that whole recycling thing we’ve been re-using paper at the station,” explained Detective Askell. “I’ve an inch high stack of old missing persons reports in my desk drawer.”

“So, I’m sitting in Holtz’s house looking at Susan Philips and it suddenly strikes me that I’ve been writing phone messages across pictures of her face for the last six months.”

Susan remembers that day. In her first telephone interview since the rescue she shared her feelings with us.

“I couldn’t believe the police were leaving,” she said. ‘I was frantic. I tried to signal the younger man, but he just mimicked my hand signals and laughed. He told Holtz I ‘wasn’t much of a talker, but would probably be a hell of a charades player.’ Holtz laughed and grabbed my arm He beat me when the police left.”

Susan sunk into a deep depression. She felt she had been abandoned. In fact, nothing could have been further from the truth.

A SWAT Officer accidentally fires tear-gas through the bedroom window of a neighboring house.
The elderly couple living there were later detained for obstruction of justice and resisting arrest.

Within hours of the meeting, teams of investigators had the house under twenty-four-hour surveillance and Ventura County SWAT were on full tactical alert.

Everyone who was part of the operation knew that a single mistake could lead to Susan’s death and result in a violent, protracted siege against Holtz.

To avoid these problems it was decided by no-one in particular that nothing should be written down and no clear chain of command be established. The decision complicated the operation enormously, but ensured there would be no one to blame if anything went wrong.

Holtz was shot while attempting to flee his home. He would survive and later be indicted on thirty-six felony counts including kidnapping, false imprisonment and attempted murder.

His victim refused assistance and walked out of the house on her own.

Fingerprint records formally identified her as forty-nine year old, Susan Philips. According to police files she had been missing for almost twenty-seven years.

At the scene Division Chief, Mike Larson made a brief statement explaining why it had taken Ventura County detectives so long to find Susan Phillips.

“We weren’t looking for her. I’d say that was the biggest factor.” 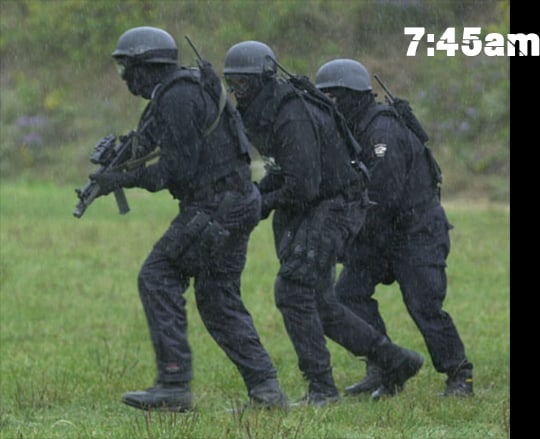 After tripping a lawn sprinkler a search teampause to discuss whether they should press on or return to HQ
and change into dry clothing.

Susan’s parents were reunited with their daughter shortly after the rescue and appeared overwhelmed by the experience.

“Twenty-seven years is such a long time,” said her father, Paul. “God. She’s really aged. Really badly. Did you see her face?”

To avoid booby-traps SWAT team members rappelled directly onto the enormous circus tent in Holtz’s backyard.
Two officers were later killed by an anti-personnel mine that had been concealed inside an oversize bass drum.

Susan has moved in with her parents while she adjusts to life as a free woman. She reveals a surprising lack of anger for someone who has lost so much.

“As a Parole Officer I should have been the first to notice that I’d been kidnapped,’ she said. “But I was inexperienced. I missed the signs.”

“He wouldn’t let me go anywhere on my own, I was beaten constantly, drugged most of the time and never allowed to speak. And it still took me three years to figure out what was going on. By then, I was too scared to get out.”

“The day after my release, I asked my father to bring down his old Royal typewriter from the attic. I sat in his study and I typed for three hours. When I was finished, I put Holtz’s parole report in an envelope and mailed to the Department of Corrections.”

“That part of this story is finally over.”