CRAZY ON THE OUTSIDE

THE GIRL WITH THE DRAGON TATTOO

PRINCE OF PERSIA - THE SANDS OF TIME 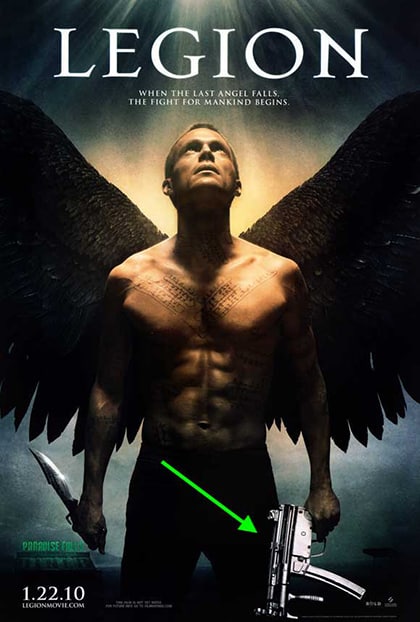 In the past, the Archangel Michael went into battle armed only with the Word of God. I’m guessing Sony’s marketing department discovered that 12 to 17 year olds have no idea who God is or how his word can be used in a combat situation. On the other hand, the power of the Heckler & Koch MP5 K is well recognized and something many kids have already been exposed to at school.

That mag takes fifteen rounds, but may have been adapted to hold love, grace, forgiveness or some other spiritual crap instead of standard 9mm hollow points.
We’re awaiting word from the manufacturer.

IMDB Plot Summary”: “A priest disobeys church law to track down the vampires that kidnapped his niece.

Given recent revelations, I’d say there’s a 60-70% chance she’ll suffer less abuse if she refuses assistance and remains with the vampires.

Having a huge red cross tattooed on your face is one of those things foster agencies look for. It’s a dead giveaway you’re “out of your fucking mind” and will probably perform poorly in a parenting role.

Bettany’s best shot at retaining custody of his niece will be to claim he is of Maori descent. 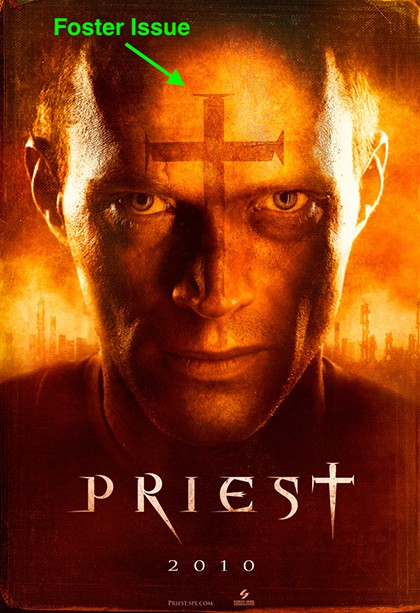 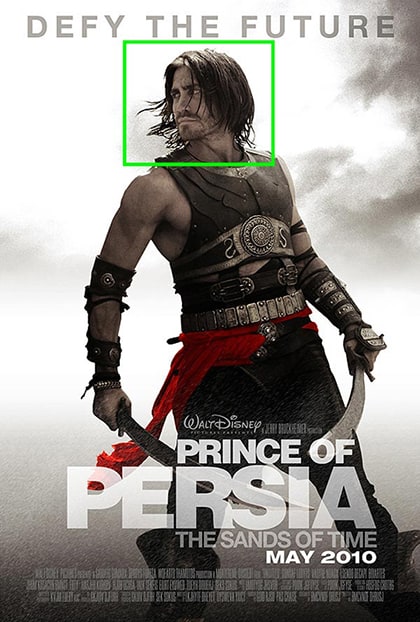 PRINCE OF PERSIA – THE SANDS OF TIME

If Kurt Cobain had been a Seattle-based, sword-wielding, manically-depressed, yet musical Persian, I’d say that Gyllenhaal had the look nailed. The only conclusion I can draw is that a shortage of good Persian actors forced Disney to accept a white box-office star for the role.

Racial juggling (or ruggling) is common in the movie business. In the past, white actors have had to play everything from Japanese to Native American. Some call this practice racist, but it’s actually due to a deficit of ethnic talent caused by internment and mass genocide.

With millions of dollars at stake, studios exert tight control over every aspect of a film’s marketing campaign.

Click to see the adjustments made for the Asian market.

When you show up for combat in a post-apocalyptic environment wearing a red evening dress you’re either a narcissistic, insensitive bitch or a danger to yourself and others.

After 4 movies what the hell are they fighting for anyway. Isn’t there enough ash and rubble for everyone?